They have been delayed a little by production problems, but Otoliths is pleased to announce the balance of its quarterly round of books — Nick Piombino's by now legendary "visual collage novel" Free Fall, Sheila E. Murphy's first integrated linear & visual collection The Case of the Lost Objective (Case) & Rochelle Ratner's memoir / found text / poetry journal Leads. 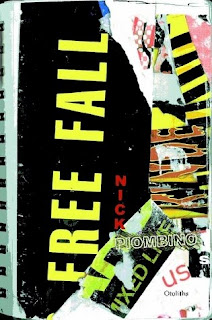 "Free Fall was created in several steps beginning in July, 2001 when I collected a stack of advertising posters off buildings on the streets of Amsterdam. The serendipity of a period of rain had caused many of the ads to blur and run and to have already partially removed themselves from the walls. In a series of visits I tore down quite a number of them, and before coming back to the US, made a selection. Once back in New York I xeroxed a number of copies of the poster fragments in order to work out mock-ups of the collages, and purchased a 5"X7" artist's sketch book to paste them into. Over the years, since creating my first collages in the late 60's in Rapallo, Italy, I had begun several collage books, none of them completed, so I had some idea of what I wanted to do. I did further xeroxing in Provincetown, Mass. in August. Sitting outside a small cottage near the Wellfleet bay, I made the entire series of 154 collages in about a month. For this edition, the collages were scanned in during March and early April, 2007.

The creation of Free Fall was bookended by two tragic events. The first was the suicide of a popular musician in Holland, Herman Brood, shortly before I arrived in Amsterdam. About ten days after the completion of Free Fall came the events of 9/11.

Based on the art of its streets, Free Fall insistently invokes the celebratory character of this tolerant, life affirming city." Nick Piombino 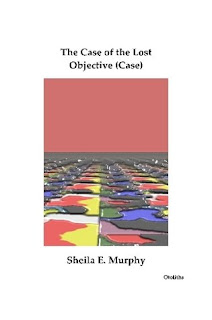 This vibrant collection of new work by Sheila E. Murphy encompasses both lineated and prose poems. In addition, for the first time, selected prints of Murphy’s visual poetry, some included in private collections and in gallery exhibitions, are presented in book format. The range of work within these pages attests to the versatility and depth of this poet, and invites being read aloud to reveal the full range of perception and innovative use of language. 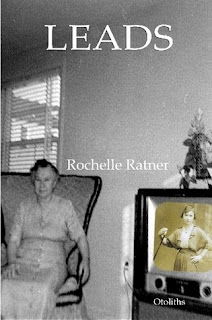 "The germs of this book began in 1977, when I visited friends in London. As a child, I’d been told I had a speech impediment, but I vehemently refused voice lessons. Then, in a London pub, talking with a friend from the Lancashire/Yorkshire border, it was almost as if I fitted in at last. Without realizing it, I’d probably inherited aspects of my grandmother’s accent. And I’d never missed her as much as I did at that moment. That was when I began planning a trip to Leeds, where my grandmother was born and spent her childhood. I knew I had to write about it, and began a series of poems as the journey took shape. Once there, I copied from books and records I’d found in the Leeds library. I began writing down what people said. What I hadn’t expected was that, as I later tried to shape the materials, I would find other peoples’ words more powerful than my own. Poem? Journal? Memoir? Found text? Think of Olson’s Maximus or Paul Metcalf’s writings." Rochelle Ratner

They join the two other books brought out in this round, Tom Beckett's curation of E-X-C-H-A-N-G-E-V-A-L-U-E-S: the First XI Interviews which was launched early in response to popular demand, & Mark Young's Falsely Goethe, a collection of 101 "day poems". 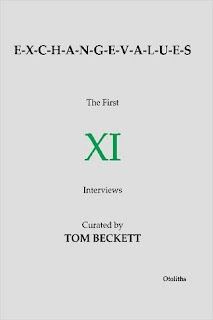 Tom Beckett's E-X-C-H-A-N-G-E-V-A-L-U-E-S website has become, since its inception in 2005, an important source of information on contemporary poetry and poetics. This book brings together the first eleven interviews from the on-going series, augmented by bionotes and almost one hundred pages of self-selected examples of the interviewees' work. 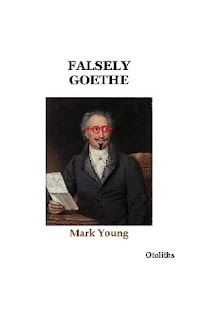 Today the
postman brought
me “Ventriloquism
for Dummies”.

"As a matter of fact, I can’t remember laughing as much reading any book of poetry before, especially not any book of putative light verse. These poems, though, are not just about joking when they joke; the jokes are, like the one above, tiny metaphysical statements. They unwrap language, reality, even pop culture (a beast a bit different from reality, even if related to it). The shortest of these joke-poems are as perfect, intellectual, and literary as the best Stephen Wright one-liners. The joke-poem is an instant of insight, a Zen koan." Geof Huth, from a post at dbqp:visualizing poetics.

These & other Otoliths books, including print copies of the e-zine are available from The Otoliths Storefront.
Posted by mark young at 2:44 PM