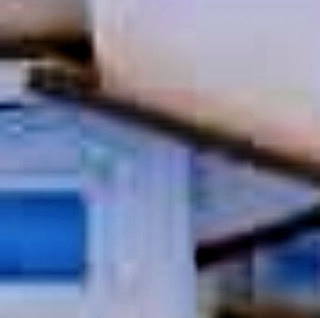 Posted by mark young at 5:30 AM No comments:

the year of the snake. 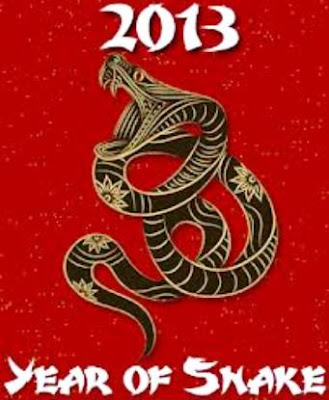 I was born in a year of the snake many years ago.

Kinda ironic, since, after my experiences up here, I'm now paranoid about them.

Posted by mark young at 6:46 AM No comments:

unlike the others we've seen
over the past five years "Queensland's Environment Minister says the deaths of thousands of fish in the flooded Fitzroy River in central Queensland were due to natural causes . . .water releases from coal mines are not responsible for the deaths." 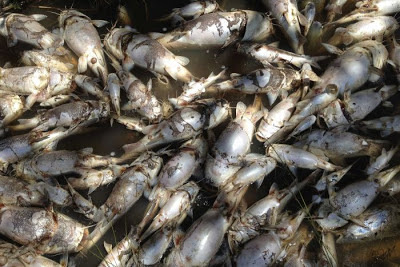 Posted by mark young at 8:44 PM No comments:

Out from Otoliths—Martin Edmond's Eternities

Now out from Otoliths. 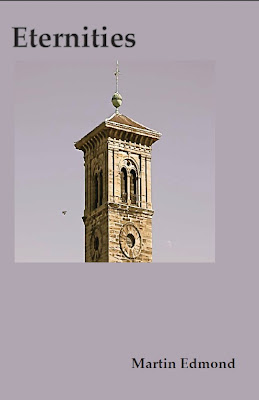 
Martin Edmond's Eternities is at once memoir, belle lettrist in a kind of Modernist French tradition, lyric prose poetry, literary criticism. He is a chronicler of lost and discarded sacred things, people, places—Tempe Velodrome, the Manzil Room, the Wet Taxis playing at the Britannia Hotel. The writing frequently builds a pathos that often leads to grieving, grieving for lost youth and ruined possibilities. The paradox is that the romantic desire for the ideal can be realized in dreaming. Edmond is so authentic you can believe every anecdote he tells, partly because he puts himself and the reader at the scene of real crimes and with novelist’s skills re-enacts their immediate horror. Meticulous research underpins the mythic dreaming and the constant resurgence (via mechanisms of memory, portents-reading, and hallucination) of the uncanny, seeping, if you like, out to the detritus of past time. The intertextual transcends the dull mechanics of postmodern technique, emerging epically as the Koran, the Tora, Aztec lore and old Testament parable populated with hitherto uncelebrated gypsies, thieves, dream-chasing hippies, and murderers. The book rolls with humanity, a secularized laughter and magic. Not theological at all, but as powerful as re-incarnation and pagan idol worship; such profound depth to even the most innocuous recollections. Perhaps it is Edmond’s expat origins, a New Zealander who has made Sydney crueler, kinder, more exotic and more magical than it ever could be on its own: . . . in those moments some ineffable translation happens, some occult adjustment of soul, some realignment of possibilities, after which he is profoundly changed. And all else too. It is as the book says—the redeemed world will be the same but not as this is. It’s theology without god. It’s nothing. Everything. —Adam Aitken

Martin Edmond’s bohemian travels documented within these prose pieces are eternities made manifest in run-down flats, movie sets and, along with other jobs, toiling on the night shift at the post office among fellow poets, painters, musicians and other variously assembled creatures of the night. Here is a writer with abundant gifts. With a novelist’s eye for detail and a poet’s perfect pitch Martin Edmond lives the life of the writer who takes ecstatic possession of every living moment. Within these pages the writer asks, ‘can music banish a curse?’ You bet it can. —Richard Lopez 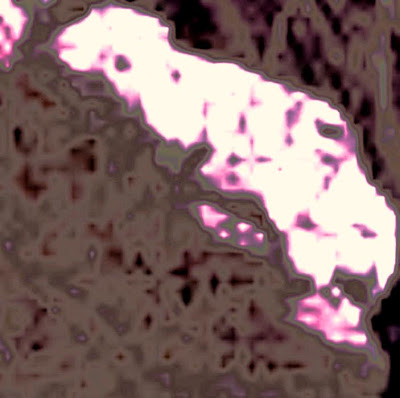 Posted by mark young at 9:46 AM No comments:

What's wrong with this sentence?

Crocodiles have been spotted swimming through the streets of Rockhampton as floodwaters continue to rise in the Queensland beef capital.

Posted by mark young at 3:44 AM No comments:

There is blue sky, it's very warm, but the river is due to peak later on today at major flood levels. The highways to the west & southwest are both cut, & the main highway south has only just reopened & is only passable with "extreme caution." There are minimal fruit & vegetables available apart from some local pineapples, fresh bread & milk are rationed to one loaf / container per customer at the local supermarket, eggs & meat are scarce, & bottled water & longlife milk are gone almost immediately they arrive. The fiber-optic cable & its backup connecting this part of the world with the southern parts of the continent were both washed away over the weekend which meant no internet or cell phone connectivity for several days, though they've now been restored.

& never one to let the opportunity for a pun pass by, let's just say that this issue's come out under floodlit conditions.
Posted by mark young at 4:24 AM No comments: